“The Kingdom of Heaven is like treasure hidden in a field. When a man found it, he hid it again, and then in his joy, went and sold all he had and bought the field.” (Matthew 13:44).

Thanks to WJ Musique, this treasure has been brought to life in the form of music. Over the past one-and-a-half years, Samantha and the artistic team behind WJ Musique have channeled their energy and praise into the creation of My Treasure, an 11 track set of songs devoted to Christ and available in English, Spanish, and French (the Hebrew version is on its way). The record is impressive for its intricacies and its vocal diversity; it’s not often that Christian music is composed with full orchestral instrumentation or with a series of vocalists of different ages from all around the world.

Moreover, My Treasure is remarkable for the little known fact that these songs lived nowhere but in Samantha’s head for 16 years, and many are the product of the Lord encouraging her with music through the midst of a terrible depression. It was a time when C. didn’t know if she’d live to see tomorrow, so you can imagine how much glory and artistic inspiration every sunrise provided. Many songs in My Treasure were written during the darkest hour just before the sunrise, as they are expected to encourage many of God's children today while they anticipate the sunrise in this dark age.

The album opens with title track “My Treasure”, a piece that sets the album’s tone almost immediately with strings, horns, and tympani rolls.  Lyrically, “My Treasure” announces the album’s intended message of awakening a new generation of Christians with a solid and refreshed appreciation of Him, explicitly asking so many of the same questions today’s youth do themselves: “Although the skies are blue / the flowers blossoming / I wonder, where is eternity?” “My Treasure” is a story of searching for eternity and finding it, just like the man in the field did.

“Quiver” follows with a more modern sound as piano and acoustic guitar accompany each other nicely. Similarly, “Quiver” subjects us to the first use of adult and child vocal interplay, at first in call and response and then ultimately in harmony. The song ends with what sounds like a chorus of children, singing as angels. It is clear both in this song and in many that follow that the questioning tone of opener “My Treasure” has resolved to a firm embrace of faith with lyrics like “I’ll serve you forever because you loved me so” in “Quiver” and “Every step closer to you / Keep me Lord / All the way” in “Today.”

As the listener settles in and identifies the narrative, our lead characters grow more comfortable with their Savior, posing questions to and having near conversations with the Lord as in the case of “You and I.”  The strongest vocals on the album are presented in “You Shine On Me,” while the most complex instrumentation and musicianship appears on “Morning Watch,” a song that instantly brings to mind images of dawn and those sunrises that inspired C. to create these passionate, devotional songs.

Though there are fewer instances of children’s voices on the French and Spanish versions of My Treasure, the songs themselves remain unchanged otherwise and round out the three album suite and its statement that one must enjoy Christ in a personal and intimate way in order to overcome today’s evils.
“For where your treasure is, there will your heart be also.” (Matthew 6:21)

All three versions of My Treasure are available now in the iTunes store. Check them out here and don’t miss the animated “My Treasure” music video now on YouTube! 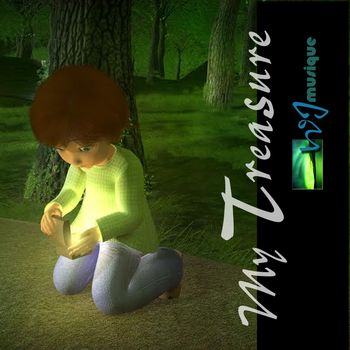 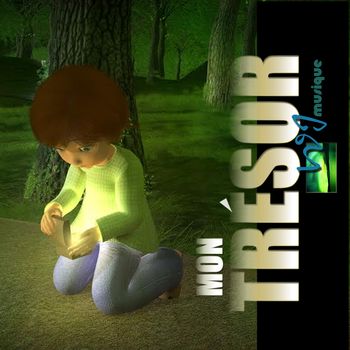 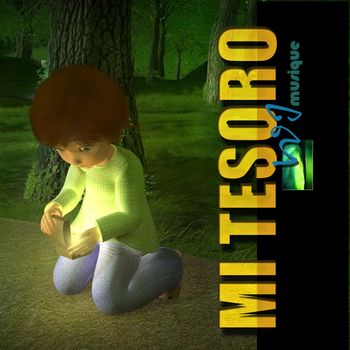